And What Did She Get

This new CD is the culmination of Levitt’s journey, under the mentoring of Eric Bentley, into the world and music of Hanns Eisler. “I regard it as a privilege that in our numerous coaching sessions over the years, Eric Bentley has given me his unpublished translations of Eisler songs with words by Goethe, Heine, Eichendorff, Leopardi, Anacreon, Karl Kraus, and even Shakespeare,” says Karyn Levitt. “Eisler’s stylistic range is dazzling. Few composers have used Schoenbergian techniques to such lyrical ends, and few would dispute that Eisler was as important a song composer as Schubert. Brecht and Eisler were one of the 20th century’s great musical partnerships.” 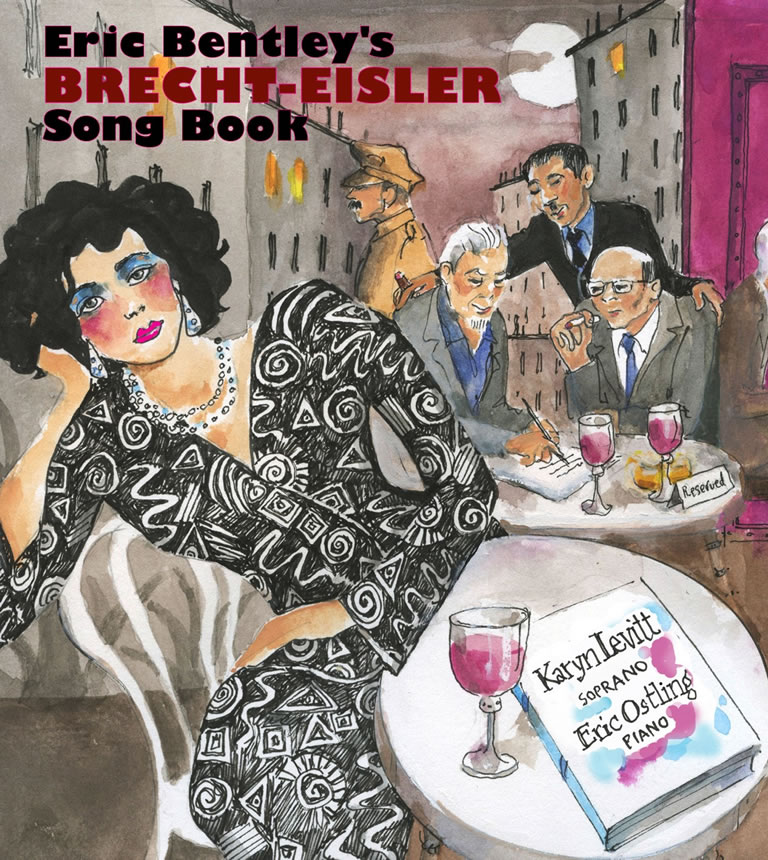